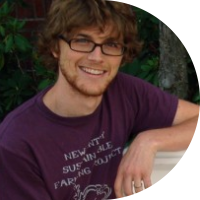 When's the last time you saw "locally grown" stamped on a chicken at the grocery store? How many restaurants do you know of that tell you who raised the duck on their menu? The market is out there—pasture-raised broilers can fetch over $30 per bird—but the supply isn't keeping up. So what's the holdup?

If you've ever tried to raise and sell poultry for meat in Massachusetts, you already know one of the biggest barriers is securing legal and affordable processing. Unlike the stricter slaughter regulations for red meat, USDA allows farmers raising fewer than 20,000 chickens or 5,000 turkeys per year to process their own birds on-farm. It's up to states to decide how much to regulate beyond that. Some states, like New Hampshire and New York, are relatively lax; others, like Massachusetts and Connecticut, ask more of producers before allowing them to process poultry on their own farm and sell the meat.

Until fairly recently, most small poultry farmers in Massachusetts chose between two options: pay up to build and license their own on-farm slaughter facility, or operate under the radar. It was only a few years ago that a reasonably close USDA facility came online in Westminster, Vermont, but the trip is still prohibitive for many farmers east of the Quabbin. The other option is to rent a mobile poultry processing unit, or MPPU, essentially a "chicken slaughterhouse on wheels" that travels to individual farms (once they have secured the blessing of the Massachusetts Department of Public Health [MDPH]), allowing farmers an avenue to legally process and sell their own birds without having to shell out the money and time needed to build and license their own state approved on-farm facility. Several MPPUs are in various stages of operation around the Northeast. In Massachusetts there are two state-approved "mainland" units—one in Eastern Mass managed by New Entry Sustainable Farming Project and one in the Pioneer Valley managed by New England Small Farm Institute—and another operated by Island Grown Institute on Martha's Vineyard.

While on-farm processing is available to producers who may not have any other (legal) way to bring poultry to market, many producers have shown a hesitation to get involved with it. There are three main challenges that scare farmers away from legal on-farm processing—and possibly, in turn, from starting a poultry business at all.

The financial commitment. If you are building your own facility to meet regulatory standards, depending on what you already have in place, you could find yourself running up a bit of a bill. Anytime you spend $20,000 (it could be a bit less or quite a bit more, depending on your setup and how you value your time), it's obviously a commitment, and that could be a problem if you aren't ready to say with certainty that you will be running a poultry business for at least the next few years. However, if you are able to make that commitment, building your own facility may save you a bundle in the long term compared to hauling each batch to a processing plant. It also enables you to process smaller batches throughout the season rather than concentrating your birds into three to five larger batches, saving you transportation costs and freezer space and giving you more marketing flexibility.

Part of the idea of renting an MPPU is to avoid—or at least postpone—the financial commitment of building your own facility. Producers sometimes balk at the rental fee and the $225 annual cost of a state slaughter license in Massachusetts (though the license fee is the same if you build your own facility). The Eastern Mass MPPU functions a bit like an equipment rental: The farmer is responsible for transportation of the unit to their farm and does all the processing, paying a rental fee of $1 per bird (rounded to the nearest $50, with a minimum of $150 to make the trip). It's a bit more complex than your standard equipment rental—you have to get a state slaughter license through MDPH, which means you have to start planning for processing well before the season begins—though again, the same is true if you build your own facility. But cost-wise, it's not bad: This year, renting the EMass MPPU to process three batches of 200 broilers would cost just $1.38 per bird in rental and licensing fees.

That's not to paint too rosy a picture, though: With either a mobile or stationary on-farm facility, there are a number of expenses that can sneak up on you, like ice (especially if you're buying it by the bag!), processing supplies (knives, aprons, gloves, bags etc.) and transportation. It generally seems that 150 birds is about the minimum batch size if you're going to make the EMass MPPU rental pencil out. Still, when New Entry "rented" the EMass MPPU to process 450 of broilers of our own (three batches of 150), we calculated that even with all our costs included we came in well under the $5 per bird (plus transportation) we would have paid to take the birds to the nearest USDA facility.

The regulatory hassle.  In states like New York and New Hampshire, this may not be a huge issue; in Massachusetts, it often is. In order to have licensed on-farm poultry processing, even with a state-approved MPPU, the producer must apply for a state slaughter license with the Department of Public Health and get approval from the local Board of Health. We had to do this ourselves, and yes, it's a bit of a hassle. However, the upshot is that once you get over that initial hurdle, it gets much easier—you don't have to go through the whole application process year after year.

If your alternative is to go out behind the barn and process on the down-low, you can't (legally) sell those birds at a farmer's market or farm stand, and you run the risk of getting in trouble—a hard risk to quantify in a farm business plan. Producers who are already doing this sort of processing may be worried that they'll get in trouble if they go to the regulators to ask about how they can become licensed, but we have found that the regulators are much less interested in busting well-meaning farmers than in helping them become compliant.

The logistical hassle.  There's no way around it: processing poultry is a pain. That's a point which cannot easily be massaged. Michael Pollan did a nice job of idealizing the DIY approach in Omnivore's Dilemma, but the truth is that slaughtering, plucking and eviscerating a chicken is an inherently messy job. However, farmers are as equipped as anyone to deal with that aspect, and with the right people, processing day can actually become a sort of unorthodox educational and social event. But if you're doing a decent number of birds, it's a given that at the end of processing day, you will be physically exhausted.

Speaking from personal experience, though, the bigger issue is the stress involved in ironing out the details before processing day: ordering supplies, coordinating workers and customers, transporting and setting up the unit (if using an MPPU), and dealing with all the little things that seem to come up right before processing day. It's easy to get anxious about something going wrong on processing day, but it seems that your best bet is to make a list, check it twice, and then accept the infallible golden rule of processing day: that whatever you do to prepare, something will not go according to plan. All you can do is be ready to deal with it.

But there are also upshots to the experience of processing your own birds. For some, the biggest advantage is the complete transparency of it. As the producer and the processor, you control every step of the way, and you can see to it that the job is done to your standards. That transparency can also be an important selling point for your customers, and can even bring you a bit of publicity: In the last few years, the majority of farms using the EMass MPPU were featured for that reason in news stories, from the local paper to NPR.

Finally, it may sound sentimental, but one of the most valuable aspects of processing your own birds is the satisfaction and sense of accomplishment you feel afterwards. You can expect to feel especially proud of the end product as you hand it off to your customers—and isn't that part of why you got into farming in the first place?

Sam Anderson is the Livestock Program Coordinator and Outreach Coordinator at New Entry Sustainable Farming Project. This post is adapted from an article originally appearing in Small Farm Quarterly.

For more information about the Massachusetts MPPUs or small-scale poultry processing in general, please visit http://nesfp.org/farmer-training/livestock-poultry/poultry-resources, email sanderson@comteam.org, or call 978-654-6745.

Organic Cost Share Program
Did you know if you are certified producer/ handler (processor), you can receive assistance for...
Cultivating a Community of Young Farmers
On Monday afternoons at my farm, we scramble to harvest the final fruits and roots for our CSA, and...
Farm Commons Launches Podcast with a Focus on Beginning Farmers
Do you ever wonder if your intern program is in line with employment regulations? Concerned that...
END_OF_DOCUMENT_TOKEN_TO_BE_REPLACED